skip to main | skip to sidebar

apple not falling far from tree

No, indeed.  In fact, I'm usually next door at Life Cafe.  I've been having brunch here for about ten years.  I sit by the window and watch the b-ball games in Thompson Sq. Park, sometimes tourists take pics of the locals, while we get on with our Bloody Mary's.  The view is familiar.  Comforting. I spent a week here when I was seven.  But more importantly, my mother lived here.  Right in this building.  343 East 10th Street. When she was a young girl. Working on Madison Avenue.  Her favorite story:

When I was filled out the job application, I found the box marked "sex" and I wrote "no." 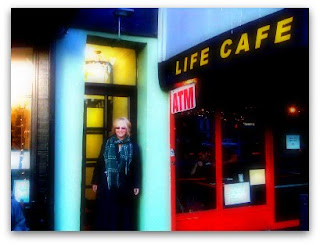 The first $177 Bagel Award goes to the man who created it, Bronx City Councilman, Larry Seabrook. In one of the poorest congressional districts in the nation, Seabrook’s larceny is not only ironic, it’s comic. The Daily News reports today that Cash and Carry Larry, among other things, “funneled Council funds to non-profits he controlled and directed. Including $300,000 for a bogus program to recruit minority-group candidates for the Fire Department.”

His less egregious, but no less iconic offense is doctoring a receipt: instead of being reimbursed $7 for a bagel, he got $177.00. Hence the title of this award. Now I am not naïve, and I know I haven’t heard his side of the story--- but, for the most part, I believe its--- politics as usual in the Bronx, only Larry, you got caught. Congratulations on being the first recipient of the $177 Bagel Award. Maybe next time you won’t be so greedy, because honestly you make it difficult for the rest of us to be quietly inept and corrupt. Shame!

Next up, is the Department of Education. Congratulations on winning the second $177.00 Bagel Award. Tell me is it true that a teacher in the rubber room has collected over $700,000 in salary while doing nothing? Tell me, is it true that said teacher is allegedly a pervert? Wow, holy shit. What a great career choice for a pedophile! I’m serious. Guy’s probably taking in Broadway shows, dinner out, Starbucks, movies, all that good stuff--- on your dime.

You are too much, srsly. The wheels turn so slowly at the DOE that you win the award for sheer lassitude and entropy. Don’t forget to post these teaching jobs on http://www.idonteach.com/. We wouldn’t want any well-qualified perverts (men as well as women) with a bachelor’s degree to miss out on this great career opportunity in education.
Posted by LA Slugocki at 8:09 AM No comments: 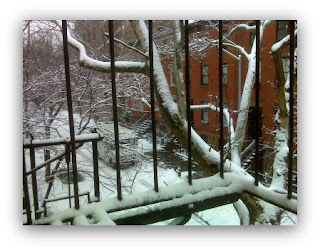 Posted by LA Slugocki at 8:04 AM No comments: 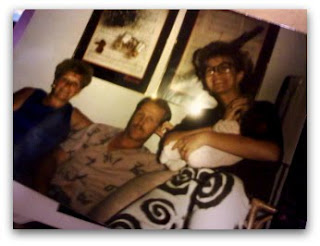 At first, I am horrified by my black and white blue jeans.  Simply.  Horrified.  What in God's name was I thinking?  Can I blame them entirely on the 80's?  But then I see that I am feeding Tippy Jr., my niece, next to my brother, Mark, whose next to the incomparable, Leokadia.  Our mother.  Now I like those jeans.  I like my pouffy hair, and gigantic glasses.  Context indeed is everything.
Posted by LA Slugocki at 11:38 AM No comments:

Many thanks to Jezebel.com 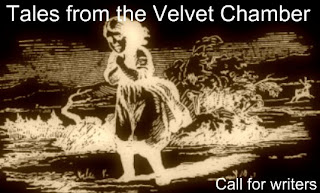 Jezebel.com posted a wonderful review/article of my new book project, Tales from the Velvet Chamber, written by Katy Kelleher.  What's perhaps most gratifying is that the author really gets it.  Really wrote eloquently and intelligently about the misson of this anthology.  To make this even sweeter, have been a big fan of Jezebel.com for a very long time.  As of today, 4,000 people have read it.  Oh yeah.  Oh yeah, baby.

Thank you Katy!  Thank you Jezebel.com:

Chambers of Blood and Velvet
Posted by LA Slugocki at 12:07 PM No comments:

10 things I know for sure

2. There will never be real health care reform and its got nothing to do with President Obama. Its because big pharmacy is bigger than big government.

4. We are a bi-polar nation because we’ve allowed ourselves to be defined in this way. Pass the Ambien.

5. God is dead and he has been replaced by the cult of celebrity. We collectively worship at the altar of “Jersey Shore.” Amen, brother.

6. Oprah Winfrey should get up off her fat but and do the one thing that frightens her; run for political office. I’m just saying…

7. Sarah Palin is stupid and bigoted, and I’m not ashamed to say that about another woman. Let Camille Paglia fuck her if she wants, I don’t care--- she ought to be sedated. Pass the Prozac.

8. No mother should ever have to bury her child.

9. Education in the South Bronx sucks. I suspect it sucks in the rest of the four boroughs as well and for the same reason: politics trump children every time.

Tales from the Velvet Chamber 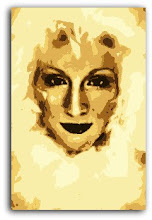 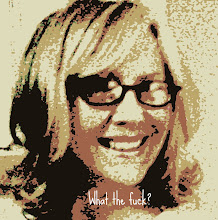 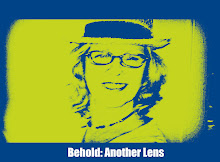 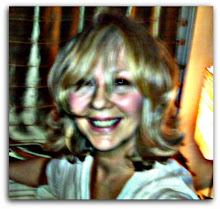 Credentials of the Writer-in-Residence

Links to my other work 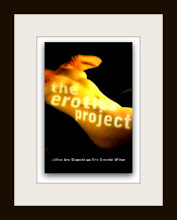 Feminist erotica that is sexy

No Longer a Blogfest Virgin 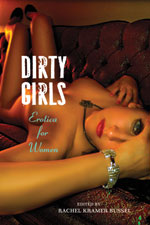 Read my story: Justine in Latex 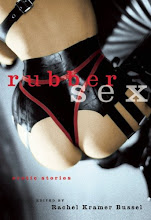